She dreamed boldly of empowering women…

“When your footsteps and thoughts carry you down the same path your heart and soul are directing you, you will know without a doubt that you are headed in the right direction.” 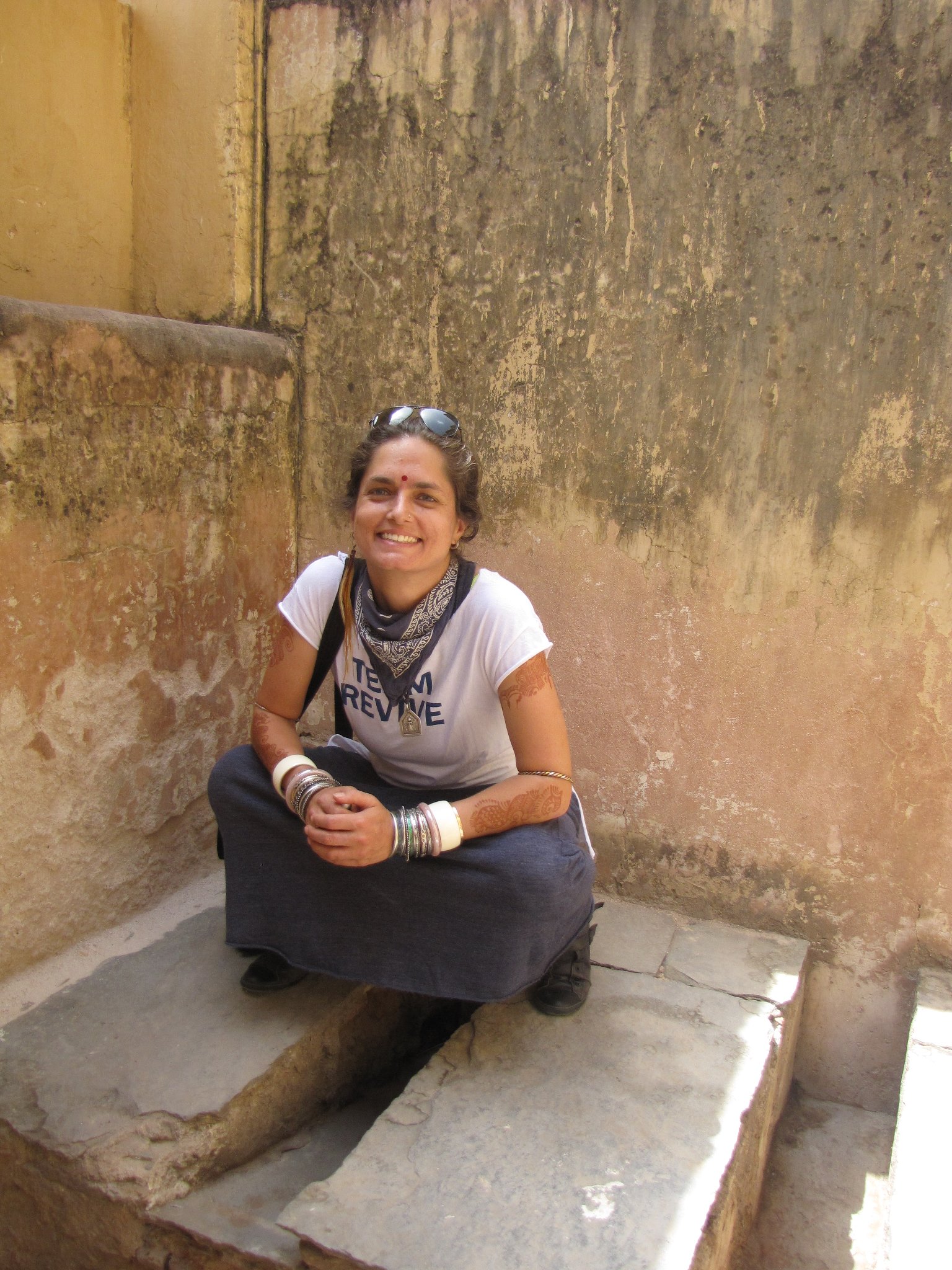 Nioma Narissa Sadler is the Founder of WomenServe, the Co-Owner of the wellness tea giant, Traditional Medicinals Inc., and Co-Founder of the Traditional Medicinals Foundation. She has spent over ten years working on social change for women and girls in Rajasthan, India. As a child, Nioma was denied a formal education by nontraditional parents who believed in the wisdom of nature. But her heart and her mind longed for formal academic education. Public libraries became her refuge and classroom. She became obsessed with the stories and biographies of women and girls, and it was these stories that forged her lifelong commitment to storytelling as an authentic means of advocacy. In 2006, her dedication to social change and responsibility led her on a journey into Traditional Medicinal’s herb sourcing communities in Western Rajasthan, India. While listening to the stories of women and girls in these communities, Nioma began to document their hardships through filmmaking in an effort to raise awareness and create opportunities.

It was in the kitchens of these Rajasthani women that WomenServe’s work officially began.

I was born on April 7 in a small town in Michigan to nontraditional parents who believed in the wisdom of nature and the healing properties of water. They were very esoteric and mystical people who encouraged their children to learn from nature rather than from a more formal academic education. Thus, my early years were spent being life-schooled. I became a curious and imaginative sprite during my family’s numerous travels. As I grew older, I longed to immerse myself in the thoughts and philosophies of out-of-the-ordinary people who changed the world with their life’s work. I found myself reveling in the universe of books. Teaching myself in libraries, I found special inspiration and comfort in the biographies of women and girls. Not all of the literature I poured through was bright and cheerful, however. I discovered an insatiable appetite to learn more about women who had overcome adversity with tenacity, courage, and grace on behalf of a greater principle. I was drinking in the inspiration these women imbued upon the world. At 12 years old I learned the story of Meena Keshwar Kamal, a feminist crusader in Afghanistan who was assassinated. As I read hundreds of stories like hers, I began to forge my lifelong commitment to advocating for women through telling their heroic stories. It was through this voracious consumption of the written word that I gained a new understanding of the challenges women face in the world. I became a wife and mother all too early in my young life. This new understanding of the plights and power of women came into sharp focus when I later summoned an inner strength I did not know I had when I became a single mother after leaving an unhealthy marriage. While I raised my son on my own, I connected with other women in the world facing similar – and even worse – oppressive circumstances. I wrote letters through Women for Women International, to women who had been abused, and thought of how I could best serve to break the silence about the global repression of women. As I began to step into my true power as a woman, a wave of purpose washed over me, like a surge of ‘knowingness’. I understood at a very primal level that I needed to focus my life on issues that women and girls face around the world. World events beckoned me and validated my resolve. For example, I read about – and was horrified by – the killing of over 8,000 Muslims and Croats in Bosnia and Herzegovina, and the use of women as a weapon of war. It was at this time that the seeds of this dream that is WomenServe were planted on my heart. I wanted to empower women to be agents of change, using HER voice to raise awareness. In 2006, my life took the direction it was always meant to take when I fell in love with and married Drake Sadler, founder of the wellness tea company, Traditional Medicinals. We quickly began to work together to create social change, joining our passions together. I traveled to Traditional Medicinals’ herb sourcing communities in Western Rajasthan, India and listened to the stories of women and girls in the Thar Desert. I documented their hardships through filmmaking, in an effort to raise awareness and create opportunities. It was here, having tea at the table of these desert women, that WomenServe’s work began. Soon after these amazing women lit a fire in my mind and my heart, I founded Traditional Medicinals Foundation with my husband, Drake, to provide social and economic support for communities by working directly with farmers and wild collectors. We began developing initiatives in India around gender equality, education, economic development, water security, and storytelling. Always storytelling. It took nearly 10 years to realize my dream of the last 20 years and officially incorporated WomenServe as a nonprofit. After years of sharing stories and working to help bring economic and educational opportunities to communities, I was able to refocus on empowering women and girls. In 2017, WomenServe began laying strong roots in India. I incorporated WomenServe India Foundation as a wholly-owned subsidiary and Indian nonprofit and began expanding our work in India. After assembling an Indian-led team and Board of Directors, I focused on developing WomenServe’s global team. Today, we continue to work to remove barriers to empowerment and help raise the voices of women and girls around the world. By providing for needs like access to water and education, women and girls are able to self-actualize their own empowerment. We’ve helped over 12,000 people so far, and are determined to grow our programs to help women in Rajasthan, India, and the world. As we continue to grow our impact, we capture the stories of these courageous women, as much to share the power of women as to celebrate the triumph of Her Story over the world’s silence.